LOVE AND MUSIC IN CONNECTION WITH WIJSF

My maiden name is Love Simon, which happens to be my music brand name. I started singing in my childhood with the aid of videos of children’s songs that our parents bought for me and my five siblings. We enjoyed watching and singing along with the kids. I also remember well that my elder sister got serious in teaching me some songs during the childhood times and I still have those songs fresh in my memory.

When did I start to compose songs, what motivates me, and how did I get on with music to the point of being identified by Women in Jazz South Florida (WIJSF) while living in Africa, my motherland?

During my early teens, my elder sister and I presented some special songs to the congregation and I loved that. Sometimes, I was called up from the congregation to lead in songs. Later on, I joined the church adult choir as a teenager in order to learn the voice parts and sing harmony. My passion for music grew even more and I started singing aloud while doing the house chores. One day, when I was 16, I was doing the dishes and I started singing a new song from inspiration. At once, I realized something new was rolling out from me and I started composing even more songs.

Music became my passion to the point that whenever there is a program where people gather, I prepare some songs to sing to encourage and to give the people hope. In 2009, at the age of 23, after a pre-university course, I decided to take my composed songs to a music studio. The music producer selected one of my songs entitled Amarachukwu. I paid for that single with the money that I saved from my little salary. Then, I decided to keep this produced song as one of my important documents. I moved from Nigeria to join my two siblings in Ghana. The feeling that the people would not identify with the song Amarachukwu that I wrote in Igbo language made me talk less about the song.

Nobody around me gave me a supportive hand in music, but I was strongly self-motivated. And then I started making efforts to be discovered in my new environment. Again, I joined the church choir. In 2014, I longed to be enrolled in a music school, so I applied for music courses abroad. I produced two more songs, It’s Alright and A Manifestor as for my portfolios requested by the school for music course admission. It’s a bit sad that the school did not work out at that time. I continued to promote my music channel where I uploaded my songs on Facebook. Then, I got into a Facebook chat with one of my Facebook friends called Robertson Opoku who told me about Women in Jazz South Florida (WIJSF) and connected me to Joan Cartwright, the founder of this organization that promotes women in music.

Joining Women in Jazz South Florida (WIJSF) in 2015 was quite a remarkable season for me. Guess why. Joan Cartwright asked me to submit my songs for her to make a choice of one for the 6th songs compilation. I was thrilled that she selected Amarachukwu, my song written in the Igbo language rather than one of my other songs written in English. That changed my initial perspective. Now, I could play Amarachukwu, confidently, for anybody who likes to hear my songs.

Being in the monthly zoom meetings together and observing the efforts made and experiences shared by the older women in music is another thing of great value to me as a member of WIJSF. I am excited to have been enrolled in the Women in Jazz Global Scholarship Program that in 2021, which enables my songs to be heard on the 8th compilation CD of women’s music. My thanks and gratitude go to all of the great contributors and supporters who value the gift of God in women in music. 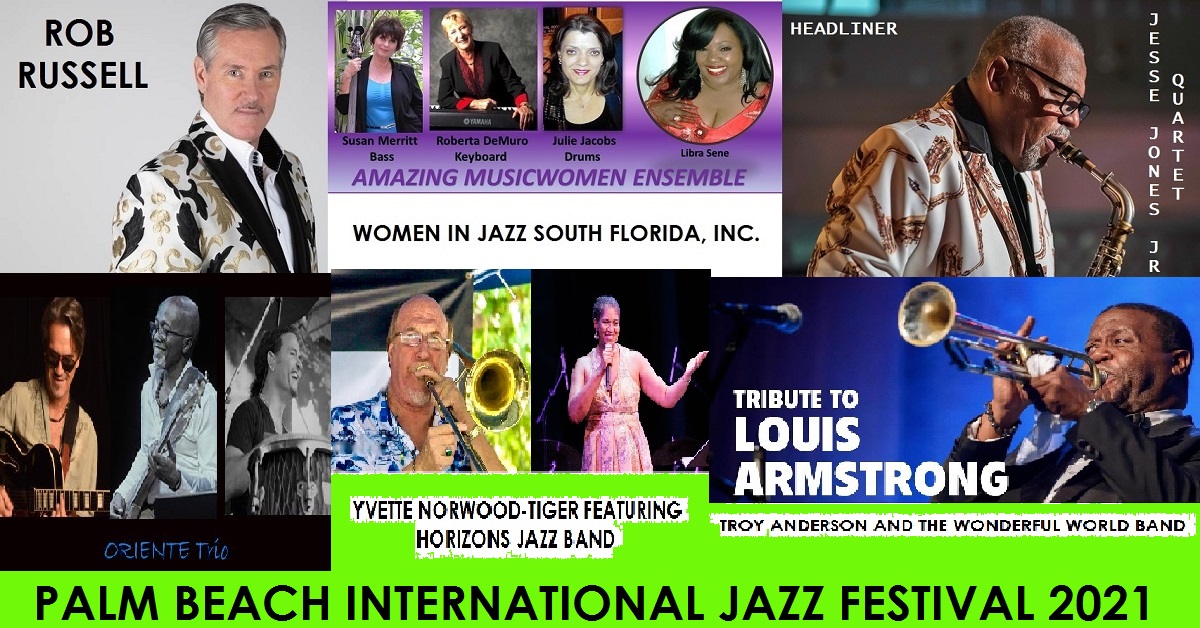 WATCH THE VIDEO AND SCROLL THROUGH THE SLIDESHOW

DUES ARE DUE THIS MONTH. Please pay dues at www.wijsf.com/join.htm

Watch the video and scroll through the slides.

As this turbulent year 2020 winds down, these are the projects we have working at http://wijsf.org

Purchase our 6-CD Box Set of women’s music at http://wijsf.com/compcds.htm

Join our organization at http://wijsf.com/join.htm

Make a donation at the link above.

Watch the video and scroll through the slideshow

Purchase the 6-CD Box Set of WIJSF Composers. Get 10% off two or more at http://wijsf.com/compcds.htm